Bellow is the talk I made during the french PHP forum.

How to improve your productivity writing code and force yourself to think twice.

This post is not another Emacs vs Vi troll. My point is to explain why (deeply) learning to use a low level text editor is one of the first things any software engineer should do. I have personally chose Emacs because I found common shortcuts easier to memorize. As you will see later, it doesn't matter which one of those editors you like to use, as long as you have learned to use it.

Editors like Emacs may seems old but they have been thought to be productive tools. Shortcuts are optimized with your hands place on the keyboard and the most used key. They let you do your work as quickly as you can think about it but still, they force you to think about what you're doing. Not only they let you learn how to be more productive, they make you understand what you do instead of writing code with crappy CRLF.

I often meet developers working on a software or a web application development trying to master the programming language and the framework they use. This is a good idea, for sure. It let you being more productive with time. But, at some point, programming a new feature in your development environment is not enough to get things done. More effective and more comfortable you become with the software code, more features you should be able to design, code, and make run into production. And yet, most of the time, this doesn't go as well as you expected. There could be thousands of management and technical reasons which explain why you don't succeed at getting things done. Obviously, if your company culture is that only one of the lead developers is in charge of pushing new features into production, your possible improvement is limited (And you probably should think about quitting you job). However, most of the time, this is not the reason why you can't push the feature you just get reviewed and validated into production. Most of the time, you just don't want to work (or people don't want you to work..) on the production environment because you don't master it.

As you probably know, all those tools configuration is made trough text files you need to edit directly on the server. At this point, no chance to open any of the graphical text editors you use everyday. Here is where comes Emacs (or Vi).

Symfony REST api : validating data that will be stored in different entities

REST is great. But, most of the time, it is quite hard to think your web services architecture in a way that each WS is stateless.

If you have ever add to work with docker and and docker-compose, you probably often have mistaken in you Dockerfile.

A Big Bang theory for software and information technology projects is that everything needs to come together at once to have a working solution that is universal to all stakeholders. 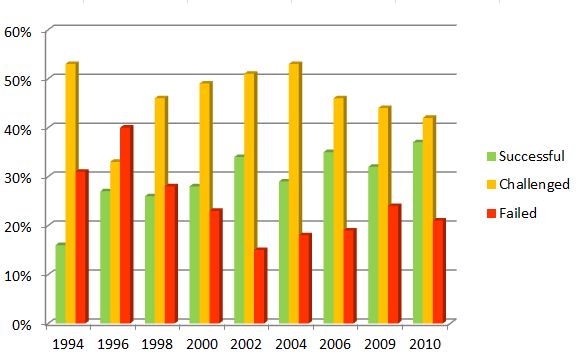